‘I’m pregnant again,’ she said. ‘I just wanted to say thank you.’ She had approached me at the supermarket check-out. I had been packing the trolley while my wife paid the bill, our usual routine. My wife looked at her, then looked at me, unspoken questions in her eyes.

I’m not sure if you are supposed to be happy when another woman tells you that she is pregnant in front of your wife, but I was. Tears started to form and I had that choking feeling in my voice. ‘That’s fantastic news. Thank you for letting me know.’

That was really how the story ended for me, rather than how it began.

It had been like any other late shift on call – older patients with chest pain, alcohol-related trauma and febrile children who had not settled at night. I had got home at midnight and hoped for a reasonable night. At three o’clock in the morning there was a call from the nursing shift co-ordinator.

‘Can you come in quickly? There’s a really sick baby.’

All 3 a.m. resuscitations are bad – paediatric ones especially so. The fact the nursing staff called me rather than the registrar on duty did not bode well either. As I arrived, the baby went into cardiac arrest. Mantra became practice as we worked through CPR algorithms and protocols. Airway, breathing and circulation became intubation, ventilation, chest compressions and adrenaline injections. Medical and nursing staff were working as a team, doing what they should do and what they could do. The parents were with us, hope in their hearts, their fear palpable. That fear became reality as the resuscitation was unsuccessful.

The parents’ grief was both awful and understandable. They needed to know, to understand, and asked the usual questions: ‘What happened?’ and ‘Why?’ I could not answer them. We sat and talked in the wee hours while tears were shed and the sun rose.

Eventually they went home with that characteristic vacant stare of the recently bereaved. I promised to call them and gave them my phone number to use if they had questions in the meantime.

Something had not sat right for me, however. There was no ‘set up’ for sepsis and no true warning signs. Cot death did not gel either. I spoke to pathology and chased the autopsy results. There was a previously undiagnosed cardiac abnormality. An explanation at least, but one that raised more questions than it answered. I met with the parents and relayed this new knowledge, but again I could not answer their main questions – ‘Why?’ and ‘Will it happen again?’

A visiting genetics service was available every month. I called people, spoke to people, wrote referrals. The genetics service and paediatricians were helpful, obliging and happy to see them. The parents received the news they needed. There was no evidence of an inherited syndrome or defect and, although there were no guarantees, there was also nothing to suggest that future pregnancies would be similarly affected. Monitoring of any future pregnancy would obviously include cardiac assessment.

That had been the last time I spoke to them as they went about the process of ‘getting on with their lives’. I got on with mine; my girlfriend and I married.

Why had I pursued things as far as I had for them, chasing autopsy results and organising genetics counselling services? I do not know. I had stepped past the standard emergency physician role of providing an isolated episode of care, and into the role of care co-ordinator. Did I do that routinely? No. Why this time? Maybe it was the early morning effect of forced intimacy; maybe it was simply the events of the night that drew me in like a Shakespearean tragedy. Maybe it was their stoicism and bravery in the face of everything that touched something within me. The ‘There but for the grace of God go I’ syndrome that inspired empathy. Maybe it was all of these things.

Whichever one it was, it caused me to feel the extremes of emotion. The shared grief over the death of their baby was one of the saddest nights of my medical career, whereas that moment in the supermarket, when I heard that they were pregnant again, was one of the happiest. This mother’s willingness to share her very private news impressed on me that I had made a difference. Not just through the direct provision of medical care but by looking after a person, helping them to navigate a system and responding to their needs. It was what medicine was supposed to be about, rather than shuffling beds in the ongoing struggle to find a space to unload the next ambulance, or fighting yet another funding or staffing battle.

I wonder sometimes how things would have worked out if I had not got involved. Probably the same, as somebody else would have filled my role, whether it was her GP or a paediatrician. In that respect and in so many ways, it was me who benefitted most. By going beyond my normal role I had given myself the opportunity to share not just her grief, where we as emergency physicians normally hand over care, but also her joy. The privilege of sharing that joy with her reminded me then, and still does now, of the human aspects of medical care. It is what being a doctor is all about. It is what I would have wanted somebody to do for me.

I never saw her again but owe her a huge debt of gratitude.

Peter Aitken is a Queensland based Emergency Physician with a special interest in disaster medicine. Apart from clinical shifts in the Emergency Department he has also worked in aeromedical retrieval services, disaster response, academic roles in universities as well as positions with government and non-government organisations. 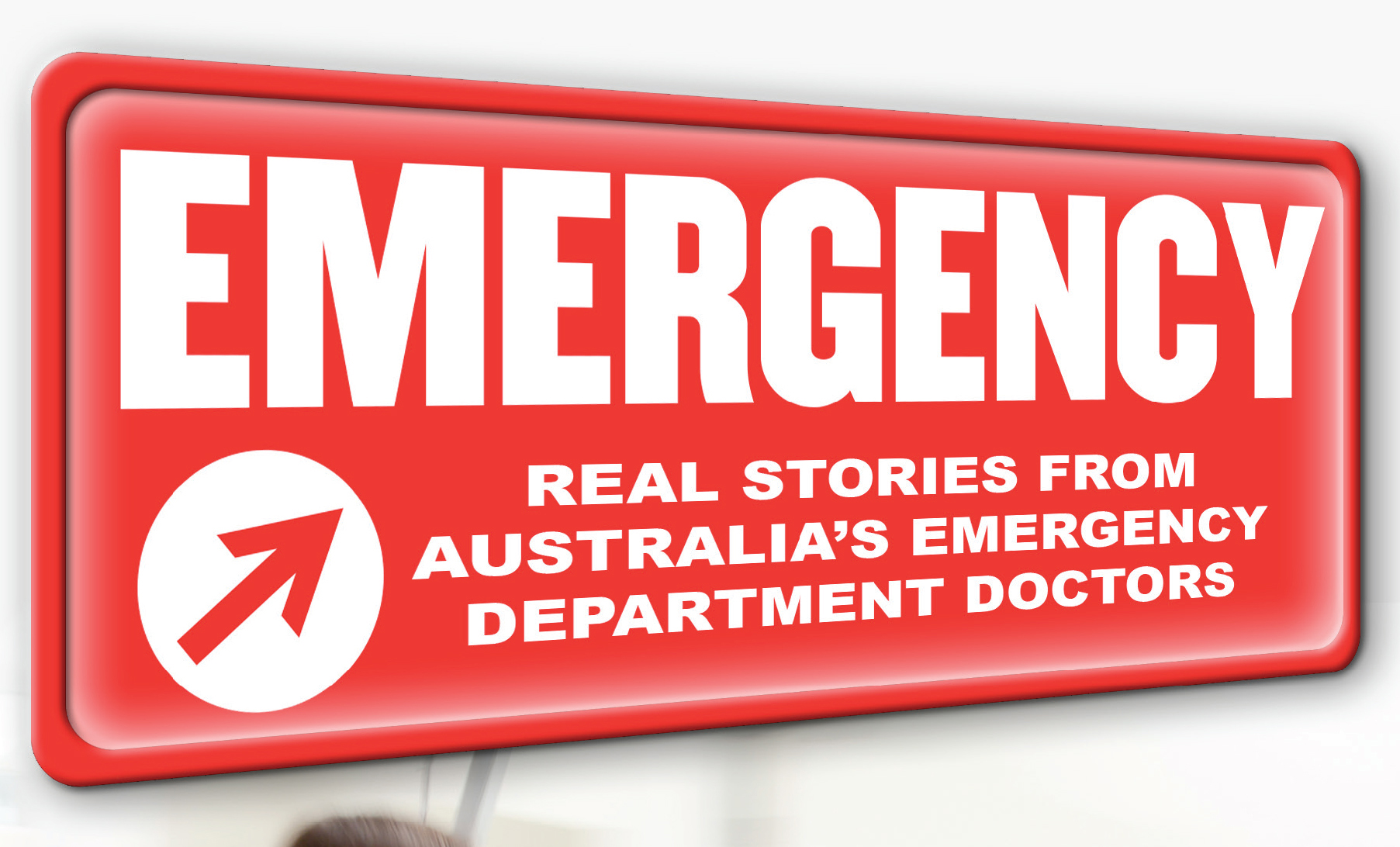